Whataboutery #1: There can be no Other

For this very first online edition of its  Whataboutery, State of Fashion, a platform  originated to re-think the fashion system,  joined forces with FASHIONCLASH, OSCAM and M-ODE. Within the framework of  Culture.Fashion – a value driven network  where connections are made between  different Dutch fashion organisations –  they invited three Dutch creatives (Giorgio  Toppin, Amber Jae Slooten and Princess  Isatu Hassan Bangura) to take a seat at  the digital front row for a conversation on  the latest work of anthropologist Sandra  Niessen: ‘Regenerative Fashion: There  can be no Other’. In this text, she explores  what is needed for fashion to become truly  sustainable. In the digital meet up Sandra  shared her research findings and opened  the floor for others to join the discussion. 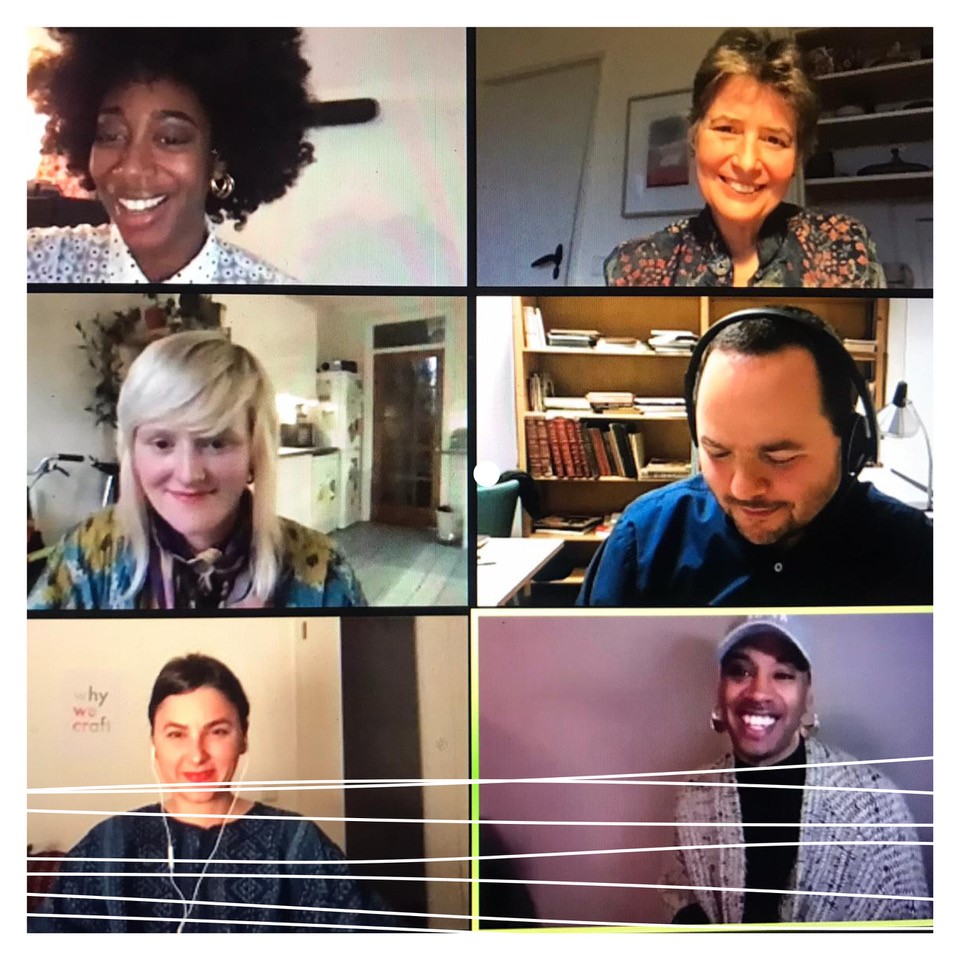 An imported Dashiki in Ghana&nbsp;

Hearing Sandra Niessen speak about her  research on weavers and the disappearing  crafts in Indonesia made me recall a  situation in Ghana. A few years ago, a friend  came with me to its capital Accra. We were  sitting in a taxi together when she saw a  nice Dashiki (shirt) displayed on a dressing  doll at a road shop. We stopped because  she wanted to try on the shirt. To her, the  shirt was a visual marker of her Ghanaian  roots - it’s worn a lot by Ghanaians and  often these shirts are made by local tailors.  The shop owner gave her a tight and shiny  package with the Dashiki in it. I had never  seen this packaging before, so I asked the  shop owner where the shirt was made. She  said they imported it from Asia – hence the  packaging. I was in shock! The Dashiki shirt  is a classic in Ghanaian culture, one that  many tailors in Ghana have been making  for years and years. It’s so common that any  ordinary tailor can probably sew one with  eyes closed. What does this mean? Why did  the shop owner import the shirt? Why are  people in Asia making Ghanaian Dashiki’s?  Are cultural practices like tailoring vanishing  from Ghana?

The West versus the Rest&nbsp;

Sandra Niessen shared situations she came  across in her research in Indonesia – a  country where a lot of Western fashion is  being produced. Young girls leave villages  to work in factories because they have to support their family financially. In public  debates we often say “Well, at least the  young girls have a job and make money.  But what are the impacts of their work  to their community and culture? Why  do they have to leave the village to make  money? Can’t they make money with the  local weaving practices (anymore)? Poverty  destroys culture, Sandra argues. In debates  on sustainability in fashion we often leave  out the impact fashion has on culture whilst  the industrial fashion system is destroying  cultural diversity. Because who is still around  to take on cultural practices from older  women in the villages if young girls have  left to work in factories? I wonder what will  happen to the tailors if more shops will  start importing their Dashiki’s. What will  the cultural meaning and value of a Dashiki  be if they are being mass produced and  imported? Would my friend still wear it as a  cultural identifier?

Our fashion system shows us how much the colonial wound is still alive, Rolando Vázquez says. Sandra’s research also demonstrates this. Colonization is the policy or practice of acquiring full or partial political control over another country, occupying it with settlers and exploiting it economically. Though Europe doesn’t practically have control anymore over countries, Eurocentric fashion systems do. Because how is the young girl in the village going to survive if the only place where money can be made is the fashion factory in the city or in a neighbouring country? To decolonize fashion, we have to take the economic aspect away from being at the centre of the industry and focus on other aspects like race and gender, Rolando argues. We have to step away from the Eurocentric canon. Our fashion system has to be plural instead - with plural realities Clare Farrell adds.

Your culture is not my commodity

Clare argues that we see culture as a  commodity, something we can buy and  own. I have to agree; cultural appropriation  is integrated in many Western cultures  and fashion systems. Think of the runway show of Victoria Secret where Native  American dress was worn by women in  underwear - to sell underwear. Completely  taken out of context, worn as costume with  loss of meaning by models that look like  me – everything but Native American. Or  think of the collection of high-priced Stella  McCartney dresses with so-called ‘African  print’ that looked a lot like dresses West  African women wear indoors, made by  tailors. Young factory workers are putting  their cultural embellishment on materials  for Western fashion brands that will sell  them outside their cultural context, without  cultural meaning, for commercial purposes.  Our Eurocentric fashion system turns  cultural artifacts or practices into items that  fit in our fast-paced fashion system that is  driven by consumption and renewal. Monica  Boța Moisin therefore claims that ownership  of knowledge and techniques is needed  within cultures. She came up with the 3C  rule: consent, credit and compensation.  To make sure we don’t take other people’s  culture and make it our commodity, we  have to ask permission and engage the  people whose cultures we’re inspired by  in the conversation. Culture needs cultural  intellectual property.

The future is now

We have a long way to go, but hope is  already here in the form of the new fashion  designers and creators with diverse values,  ideals and cultural backgrounds. The Dutch  fashion industry is blessed with designers  like Giorgio Toppin of XHOSA, who is diving  into his own Surinamese culture to design  modern menswear from local Surinamese  fabrics, Amber Jae Slooten, co-founder of the  first digital fashion house The Fabricant and  Princess Isatu Hassan Bangura a graduate at  Theatre Academy Maastricht who is creating  performances that represent people that  look like her - something she has been  missing growing up in the Netherlands.  There is also hope in Lagos and Accra,  where I do research. Brands like IAMISIGO or Maxivive produce and design in Nigeria,  even with the challenging power cuts and  massive traffic jams that make it hard to  meet deadlines. Or Accra-based collectives such as Free The Youth that is making  streetwear items with local interpretations.  Or designer Larry Jay who is using cultural  weaving techniques for his materials. If you  find culture important and if you like to  support designers that are culture-driven;  these are the brands you can spend your  money on.

Carmen Hogg is a style anthropologist, creative producer and writer. She researches style in relation to identity and (sub) culture and publishes (ongoing) research into short reads, photo series, video’s and write ups of interviews. She’s specialized in contemporary fashion in Lagos (Nigeria) and Accra (Ghana) and Afrobeats. To her, your style is the visual expression of your identity and a way to tell stories.